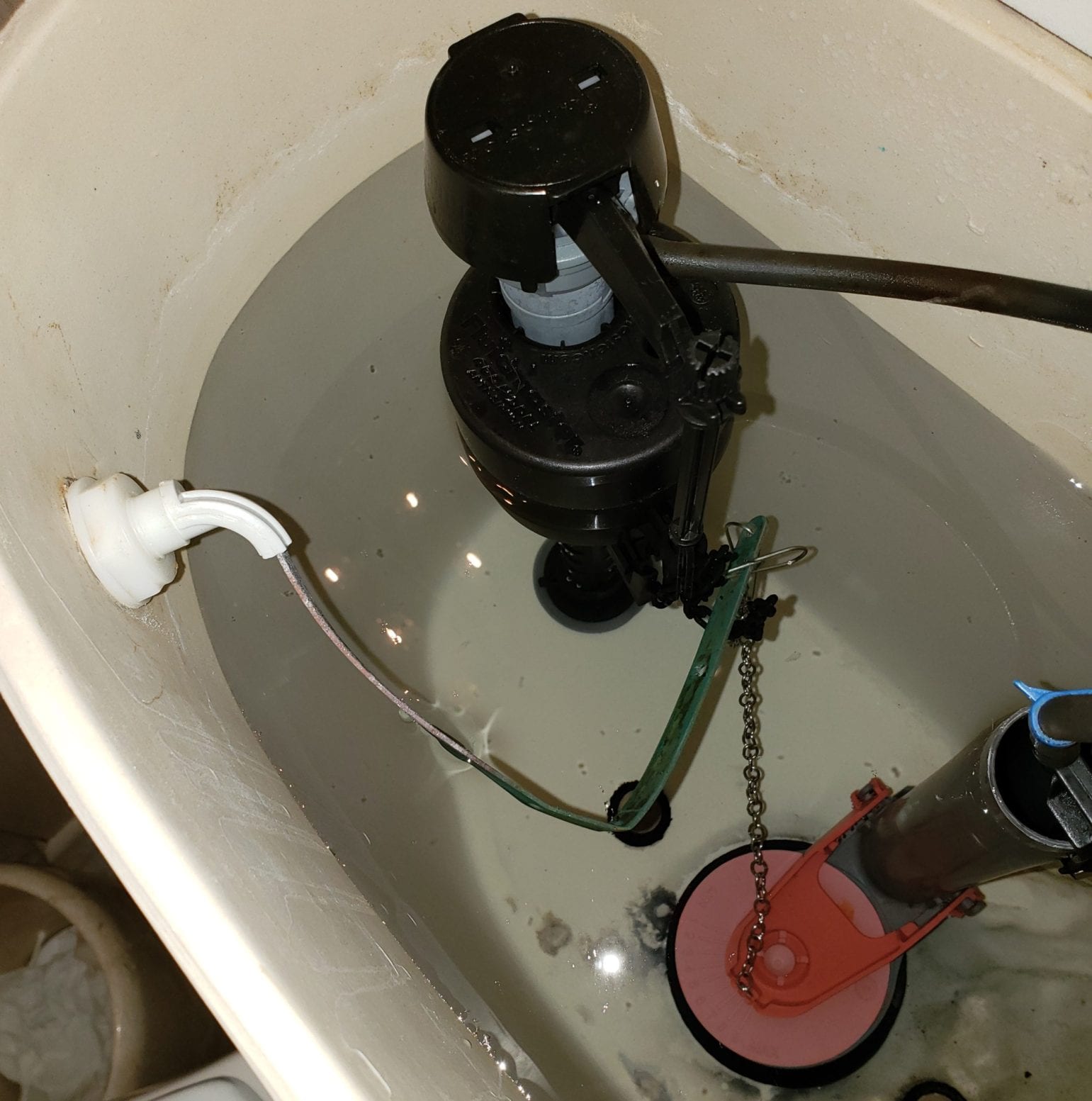 Is your toilet running? Now that is a question that just cries out for a punch line, but when this becomes pertinent to your home or place of business it’s no laughing matter. In fact, with the amount of money it can cause from high water bills to physical property damage, it will be tears of sadness and not joy you will be experiencing.

Believe it or not, a running toilet can double a water bill. I’m not talking full blown constant flushing (which would be an obvious waste, no pun intended), but a constant running of water that can barely be heard and hardly even seen. This leak would be an invisible leak where the water just constantly goes down the drain. If you listen carefully to the toilet tank, then you will more than likely hear a slight hissing sound indicating the fill valve is slowly allowing water to pass by. The water in the tank would then “overflow” into the top of the flush valve (the piece in the center of the tank) going directly into the bowl and then into the house drain. A visible sign of this would be looking into the toilet bowl to see if any water waves are present. These waves could be extremely small and hard to locate, but if present show a definite leak from the tank to the bowl. Other possible reasons for water to leak from the tank into the bowl would be a bad flapper or a bad flush valve gasket (which seals the flush valve to the inside of the tank). If this were happening, then the noticeable issue would be hearing the toilet occasionally refilling itself when not in use.

A good DIY test for homeowners is adding food coloring to the toilet tank and seeing it the color shows up in the bowl without flushing. If this happens, then a leak is present. First thing we would recommend is replacing the flapper. As a matter of practice, we would replace the flapper, fill valve and supply line to eliminate both possible issues while also preventing possible leaks from the working on older toilet parts. If the flush valve gasket is the issue, then a complete tank rebuild would be the suggested remedy (which requires removing the tank from the bowl). A toilet that has water constantly running through it can also cause wear and tear on the wax ring (which seals the toilet to the drain connection on the floor) that could show up as a ceiling leak on the level below. Pulling and resetting the toilet with a new wax ring then becomes another cost added to the original running of the toilet issue, along with drywall repair.

It is important that when even working on a toilet, you have a licensed and insured professional plumber out because if the worst were to happen, you wouldn’t want to be up a creek without a paddle. Our experienced plumbers can quickly diagnose your problems to help prevent the wasting of money on unneeded repairs while efficiently solving the issue. Contact us today for your free estimate!